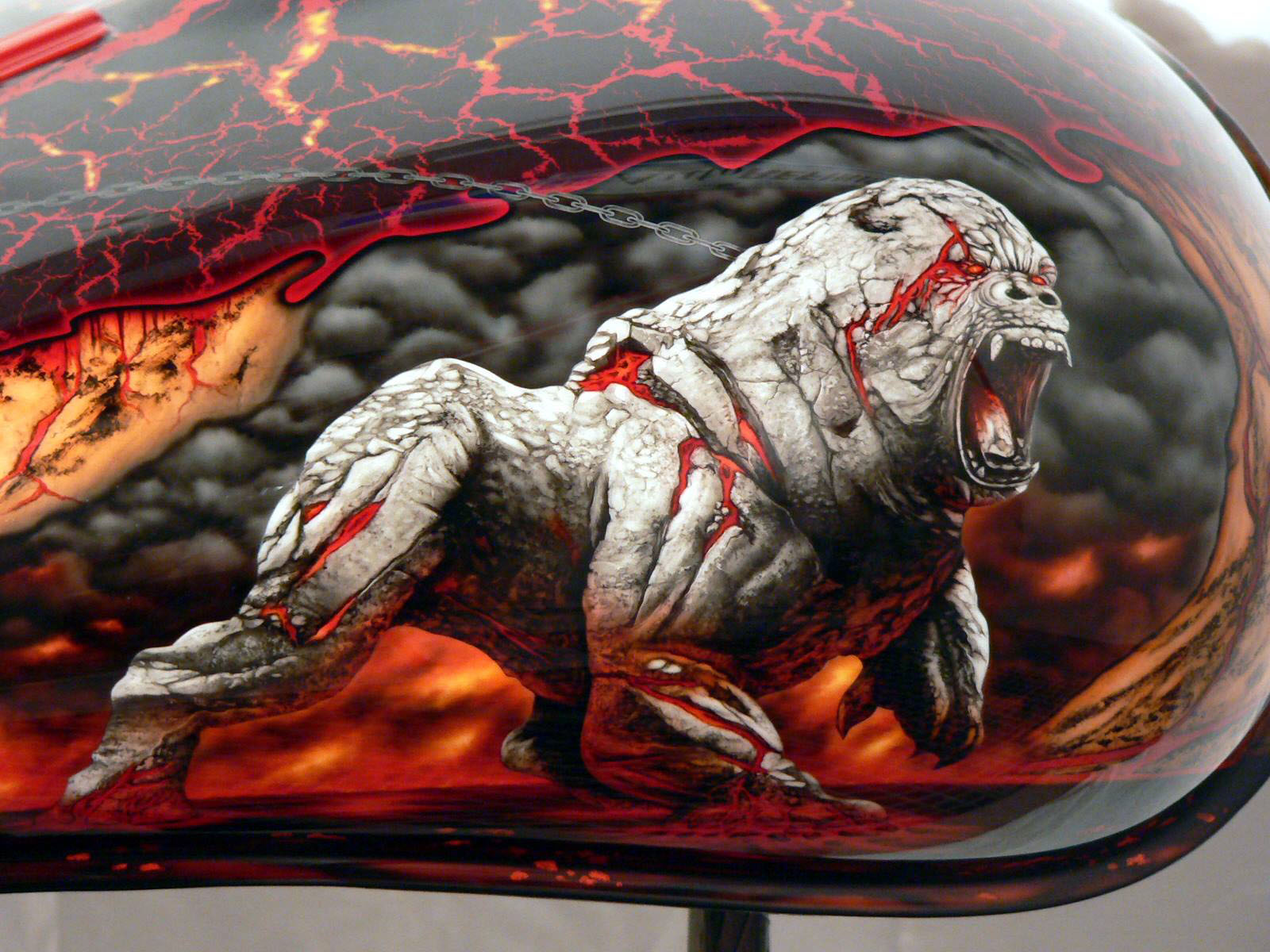 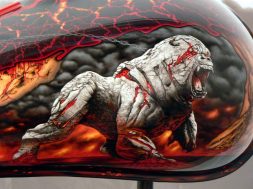 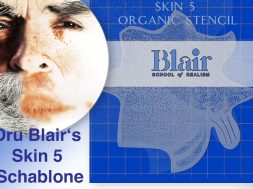 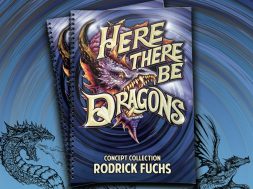 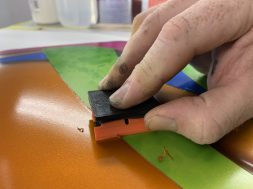 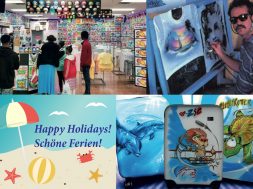 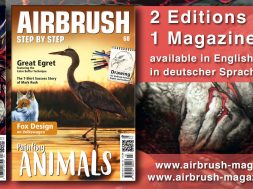 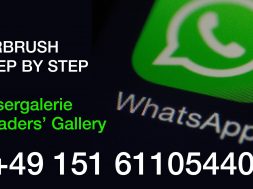 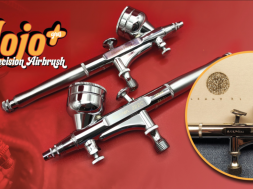 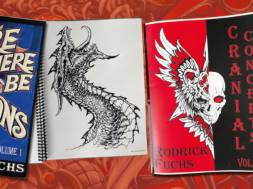 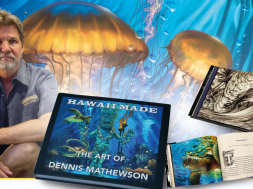 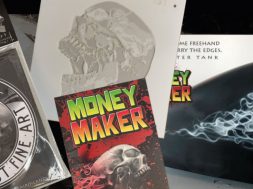 His customer wanted a King Kong motif. But that this creature would be fighting for its life while chained up to a piping hot Suzuki logo between lava and bursting stones is something Czech custom painter Lubos Pirek’s customer surely wouldn’t have dared to imagine. Using a special varnish, Lubos was successful in creating this unique trick elevation effect that stretches across the entire motorcycle design.

Lubos first discovered airbrushing in 1990, and it was something that totally mystified him. The Czech artist teamed up with some friends to find all of the necessary materials and was interested in everything that had to do with airbrushing. He studied magazines such as Easyrider and Airbrush Art + Action as well as the work of airbrushing maestros such as Ingo Kruse, creating his initial works of art along the way. In the course of time, he figured out that airbrush artwork isn’t all about the ”weapon“, but rather also the painting booth and a workshop designed especially for airbrushing. Thanks to PPG, he was able to attend an education center in Vienna, Austria, which ended up having a heavy influence on his decision to live off of airbrushing as a profession. Over the course of time, he participated in various events in the world of airbrushing. His priority is the quality of work with high value PPG and House of Kolor materials. In the meantime, his company LP Airbrush Design in Celechovice na Hane, Czech Republic, recently enjoyed its 30-year anniversary.