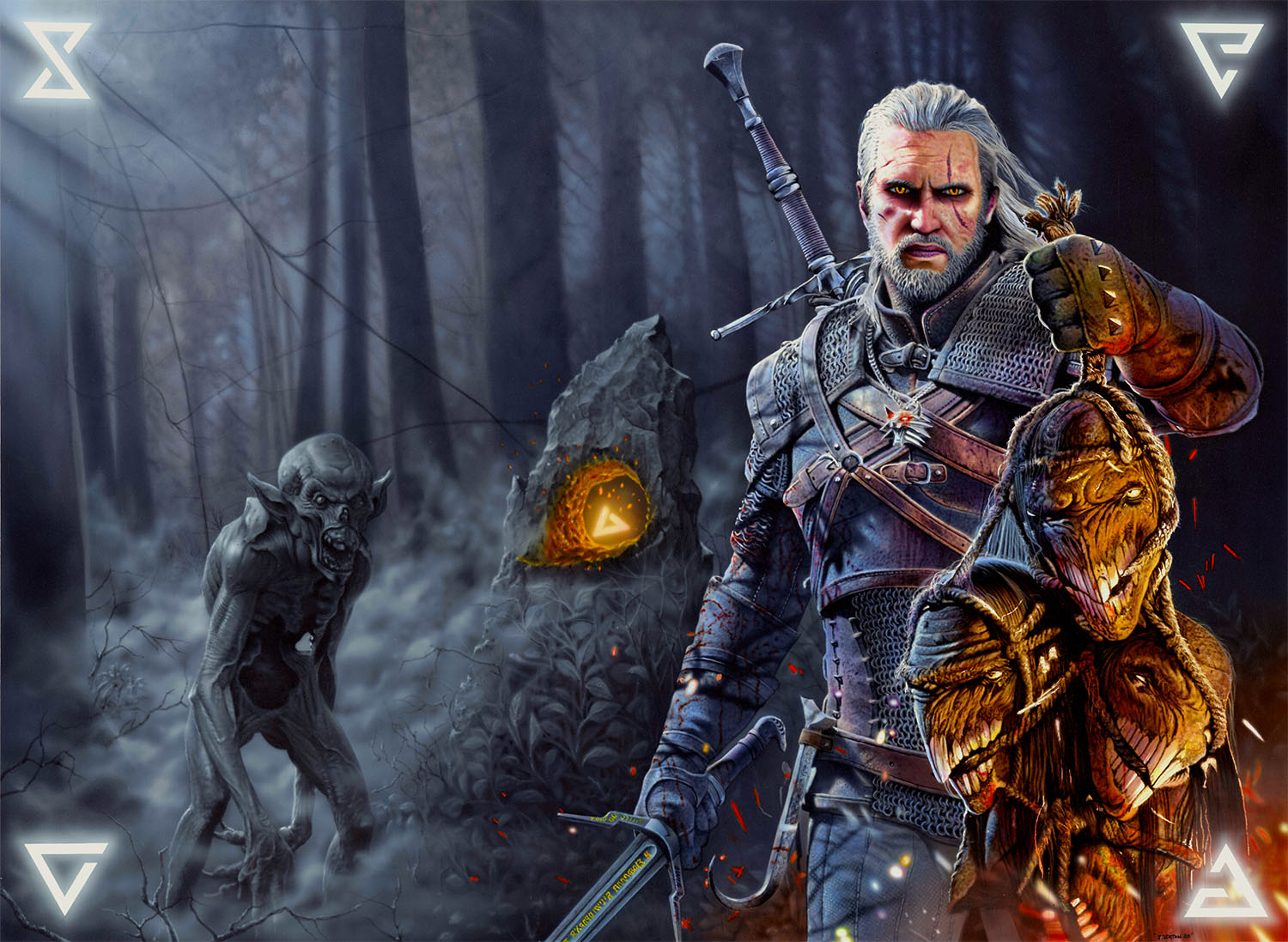 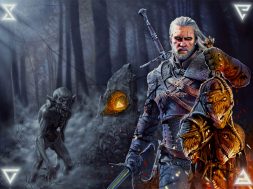 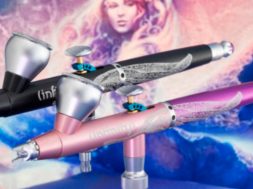 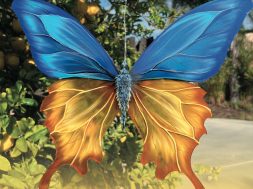 Also known as „The Witcher“, Geralt of Rivia fights numerous dark creatures in the respective novels, computer games and Netflix series. Australian artist John Seaton has captured one such scene in his illustration.

John Seaton from South Australia has been airbrushing for just over 10 years but has a background in drawing using multiple mediums such as pencil, pen and pastel. He normally draws and paints characters and scenes of a macabre and dark nature but will challenge himself with any style or theme that is requested of him. He got into airbrushing when a friend of his gave him an old single action airbrush which he never did use but it inspired him to buy an updated dual action Sparmax airbrush and Auto Air Paints. He soon found he had a passion for airbrushing, buying magazines and watching Youtube clips because he was determined to learn the control necessary to create highly detailed artwork. He really enjoys creating his own ideas with a drawing then rendering them as a painting, but a lot of his commissioned work is usually working from a reference image or multiple reference images combined. He is fortunate to have been given many opportunities to showcase his artwork in magazines and galleries and has met some amazing people on his journey.

0
7   0
previous THE CAPTURED WOMAN
next THE MUMMY